BLUFF CITY, Tenn. (AP) – Chris Kastner’s back yard is full of his art, free for the public to enjoy.

It just so happens that art consists of life-size dinosaur replicas.

Kastner has loved dinosaurs since he was a kid, so much that he dedicated his Bluff City backyard to a dinosaur theme park for the public to enjoy. His aunt took him to a dinosaur exhibit when he was a child, sparking his interest in owning his own dinosaurs.

Krastner soon realized that buying his own dinos wasn’t going to be an option – the cheapest ones he could find were almost $50,000. So then he figured he’d build his own dinosaurs, and in 2012, he had enough handmade dinos to open a park for others to come and enjoy.

The biggest surprise of Kastner’s isn’t the Allosaurus, Tyrannosaurus or Raptors peeking around corners and out of bushes – it’s that his dinosaur park is free of charge and runs solely on donations. New additions and maintenance on the park depend on how many donations he receives. His project-in-progress, Terrors of the Deep, a sheltered exhibit featuring prehistoric water-dwellers, is still awaiting funds for its debut, but Krastner wants to make sure anyone can come and enjoy the dinosaurs.

“We didn’t want to charge because if I charged a set amount, I knew some people couldn’t afford to it,” he said. “But this way, doing donation-based, that means everybody can come out and see them.”

Krastner’s park houses 28 dinosaur models, each one he made himself with minimal help from others.

Those behemoths begin as wood and wire frames. Krastner made his first several dinos’ skin from Styrofoam. After the Styrofoam models didn’t fare well from being outside, Kastner turned to making his dinosaurs out of some extra vinyl-like material he found in his grandfather’s shed. So far, the vinyl models seem to take well to being outside – sometimes in bad weather.

“They need some paint work every once in a while just to touch up, but mostly it’s not bad,” he said. “So far I haven’t had to do any total repaints.”

And his park isn’t just about the fun and thrills, as Krastner does his best to keep it educational. In addition to educational placards placed in front of each dino, each one of his replicas is detailed to be as accurate as possible … which could change as archaeologists discover more about these prehistoric creatures.

“A lot of the theories now say that T-Rex probably had feathers,” he said, standing in front of the park favorite, a Tyrannosaurs named Stan. “They haven’t found one with them yet so I didn’t do any (with the model). But I may have to go back and do something if they discover that.”

As visitors plunge into the the park, Kastner’s biggest creation waits around a corner to greet them. His Apatosaurus, Kathy, named after his mother, stands at 67 feet long, just three feet short of a fully-grown Apatosaurus, with legs the size of tree trunks. Kathy is Kastner’s latest project and largest dino in the park, and was officially added to the park in March after Kastner and a friend spent most of the winter working on her.

Many of Kastner’s additions come as a result of popular demand.

For months, Kastner said kids begged him to make a scene of a dinosaur eating another dinosaur; that’s when he made the Carnotaurus, a dinosaur that scientist have proved to be cannibalistic. He features the cannibal dino eating one of its own kind so kids can learn more about it.

“If I can, I’ll incorporate some kind of teaching method so I’m able to teach them something while giving them what they want,” he said.

Throughout the year, Kastner’s Dinosaur Park features different events – in October he incorporates a scare house into the park, and Dino Park in the Dark, an event that runs on from 9 to 11 p.m. weekends in July where kids can play detective in the park to solve a mystery with nothing but a flash light.

And like the admittance to the park, the events are free to attend, as making money for himself isn’t on Kastner’s bottom line.

“I strive to entertain, impress and educate,” he said. “If I’ve done one of those things, then I’ve done a good job.”

The dinosaur park is open seven days a week from 9 a.m. to 9 p.m. More information on Backyard Terrors and Dinosaur Park and directions can be found by visiting http://www.backyardterrors.com , calling (423) 391-7017 or by finding Backyard Terrors on Facebook. 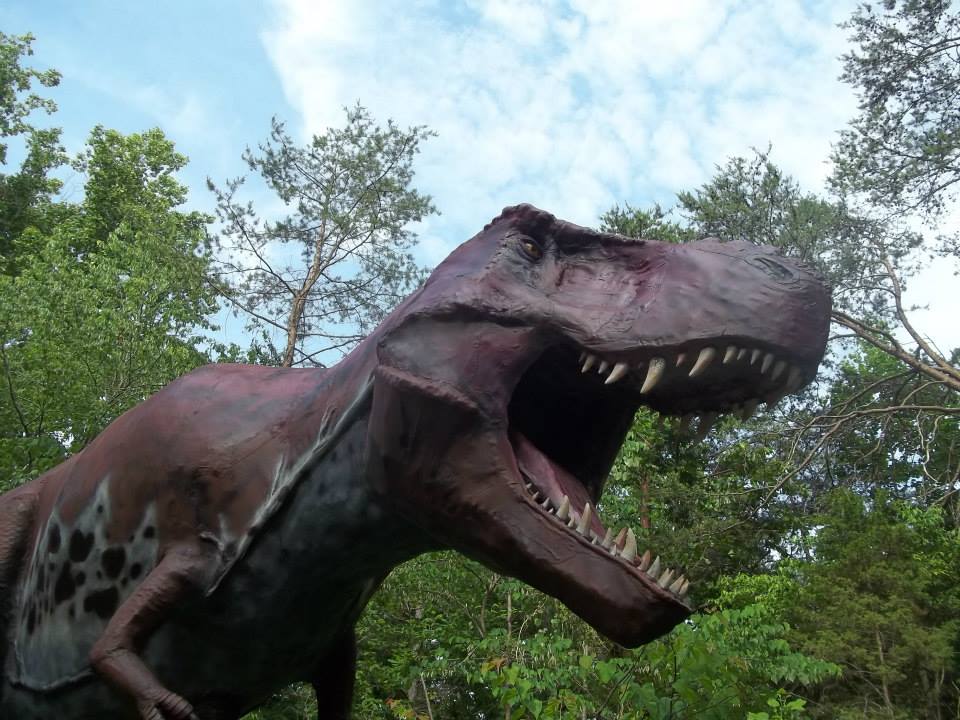 Ever wanted to go to Jurassic Park, check out Dinosaur Park, includes a full size T-Rex 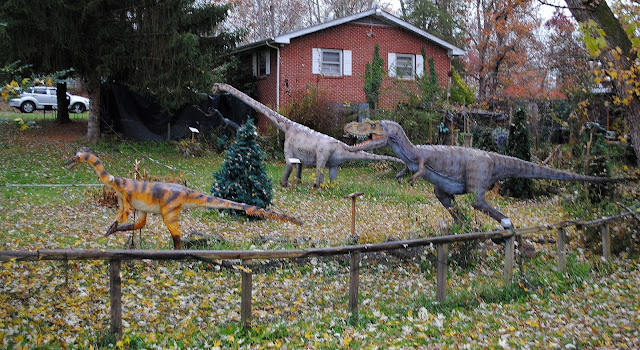